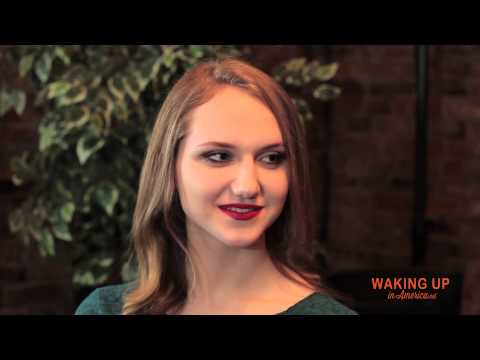 Talented 16-year-old singer/songwriter Heather Faulkner talks about how a hard period in her young life inspired her powerful music.

“Nothing To Fear”
Words and music by Heather Faulkner

Faulkner was performing at an event for Women In Film & Television in Nashville, when the show’s host, Tajci Cameron, found herself mesmerized by Faulkner’s performance. “Heather’s music moved me deeply,” said Cameron, “Her songs were very powerful, speaking from a very courageous, honest place. Then I found out how young she was! I was very impressed.”

Faulkner has been playing piano since she was eight years old, and soon after she starting writing. At eleven, she got her first guitar and discovered her love for singing.

“Having an outlet to tell my stories and express my emotions and creativity was empowering,” she explains. “I have been able to express myself through my music and influence people in a positive way.”

Her mother has always been her rock and biggest fan, so in support of Heather’s music, she moved the family, from Washington DC to Nashville. This time in Faulkner’s life, which included the divorce of her parents and the move to Music City with her eight siblings, has inspired a great number of songs of new and insightful songs in her growing repertoire.

Even though only 16, Heather has enjoyed performing at numerous VIP events, including the Hollywood Meets Nashville Grammy Party, The Tennessee Waltz hosted by Governor Bill and First Lady Crissy Haslam at the State Capitol, and the Women In Film & Television Nashville Spring Event. She performs every Monday night at Valentino’s in midtown Nashville, in addition to appearances at local venues, such as Antique Archaeology, Drifters and the Fall Heritage Festival in nearby Cowan.