Waking Up from a NFL Dream (with Tim Worley) 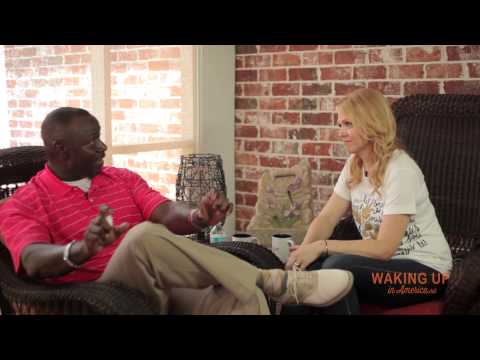 Tim Worley is a former University of Georgia All-American and NFL running back who played for the Pittsburgh Steelers and the Chicago Bears. Today, Tim is a John C. Maxwell-certified leadership educator, life skills consultant and motivational speaker at Worley Global Enterprises.

My First interview with a NFL star atlete

It’s not every day I get to meet football stars. As a matter of fact, I am one of “those people” who only watches the Super Bowl for the halftime show. I don’t know much about American football, but I do enjoy experiencing and pondering it’s social impact. I often joke that, given it’s place in American culture, it really should be a part of the American citizenship test for us immigrants: “1. Name the current president of the USA, your state governor and your local mayor. 2. Who does Tom Brady play for? Who is Tim Tebow?” 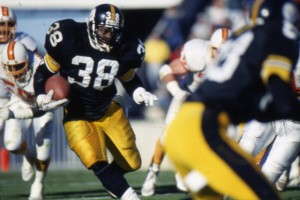 So, when I interviewed Tim Worley for my Waking Up in America TV show, I really should have been more nervous. But I wasn’t.

Tim was there with his wife Dee, whom I interviewed first. We spoke about her past as a former national and international gymnastics champion and also about the amazing love story she had to tell. She shared a side of Tim that was vulnerable, real, broken and restored. By the time I sat down with Tim, I was no longer interviewing the running back who was a first-round draft pick for the NFL and the superstar athlete who played for the Pittsburgh Steelers and the Chicago Bears. I was sitting down with an incredible human – a soul on a journey.

You’re going to have to watch the interview to hear his story of transformation and redemption. What moved me deeply is his honesty and his awareness of restorative grace in his life.

“I had no idea the course, the path that drugs and alcohol was going to set me on, even though it was very recreational and innocent…

When I got into the NFL and signed these huge contracts… you didn’t have to buy this stuff. It was there. It was given to you. You go to a party, you see marijuana, you see cocaine, you see pills, you see girls everywhere, all types of stuff, and so when you don’t know who you are, how do you resist that? You go from, you know, having a couple of hundred of dollars in your account to.. now you got 3.5 million dollars in your bank account overnight. What do you do with that?”

Recently, I found myself sitting in the bleachers at a high school football game. None of my three sons are involved in the sport, but we were there for the team spirit and the band.

Watching the young men on the field and my boys sitting next to me, I felt deep gratitude to Tim Worley. Perhaps people like Tim are meant to learn these important life lessons the hard way, to live these extreme lives so they can serve as teachers, guides and coaches.

Because when they say “yes” and awaken to their higher purpose, the impact they are able to make on our lives is huge. Beautiful and moving. Like an awesome touch down. Do I dare say, more lasting?

SONG IN THIS EPISODE