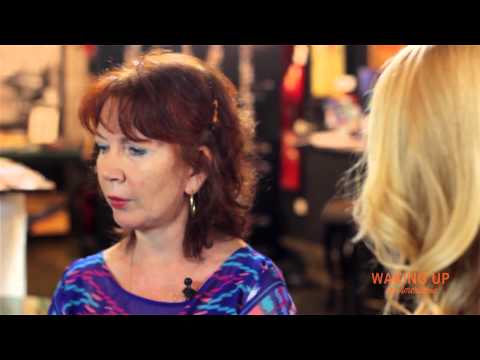 On Art, Russia and Waking Up in America (with Olga Alexeeva)

6 min read
1 comment Watch LaterRemove Cinema Mode
Facebook Twitter Email Google+ LinkedIN
Today I’m in the Marathon village, in downtown Nashville with an artist and owner of fine art “O’ Gallery Olga Aleexeva. Olga was a professional stage actress when she left Soviet Union with her son and came to America to start a new chapter of her life. We talk about how a painting class helped her to wake up to freedom, artistic expression, creativity and passion to inspire others to do the same.

Today I’m in the Marathon village, in downtown Nashville with an artist and owner of fine art “O’ Gallery Olga Aleexeva. Olga was a professional stage actress when she left Soviet Union with her son and came to America to start a new chapter of her life. We talk about how a painting class helped her to wake up to freedom, artistic expression, creativity and passion to inspire others to do the same.

Awakening to Freedom Through Art

“I was tired of feeling myself inadequate,” Olga said to me in her charming Russian accent during our interview for Waking Up in America. There was no self-pity in her voice, only a matter-of-fact manner and a passion for life.

The two of us were sitting in her art gallery (named simply “O”) talking about the waking up moment that shifted Olga’s life and launched her into the world of art, entrepreneurship, and teaching.

We were surrounded by her eclectic paintings mounted on the walls from floor to ceiling. But it wasn’t only canvases and prints that filled every inch of the beautiful space in Nashville’s popular Marathon Village. The colors, the themes, styles and staging in her paintings exuded the story not so much of her life’s events, but of her spirit – of risk, love, courage, freedom and confidence.

Olga Alexeeva was a Russian stage actress who came to America in 1991 to join her sister when the Berlin Wall fell and the big shift in Eastern European communist countries began to happen.

Life in America was radically different from anything Olga had known.

“The first ten years took me to speak English, because I came with no language. I remember the first time I saw a checkbook… I was a grown woman with a child, and I’d never seen a checkbook. I remember how… I was amazed by richness of Walmart. I hit my head through the door because it was so clean I didn’t see it and boom… That was ‘waking up in America’… And I remember that my first photo I sent to Russia, was from a grocery store.”

Slowly, with the support and kindness of people she met in Nashville, her new life began to take shape “like from crumbles of the dough in a bowl.”

But this physical shift of switching continents, of moving from one culture to a completely different one, was only a part of her path in truly stepping into the life she was meant for.

Russia had provided Olga with a free education; a college degree in acting led to a respectable job at a government-sponsored repertory theater. She learned and developed discipline, excellence, and a sense of striving for perfection, but there were also limitations that stifled her potential to be a creative artist, a powerful entrepreneur and an influential community leader.

America provided Olga with the support she needed to make another shift, a much more important internal one.

LISTENING TO THE SOUL’S HUNGER AND FINDING NEW PATHS

“When I came here, and I satisfied my hunger for food, for shelter, for everything, my soul was hungry for creativity.”

Olga tried ballroom dancing and public speaking, and only considered a painting class so she could take it off her list of possibilities.

For years she held onto her insecurities, and her life seemed like a daily reminder of it.

“All children spoke English and I didn’t. Think about it. Little baby, little child speaks English and I, an adult can not. That’s already a shift, so that kind of added to my insecurity… I never considered paintings as one of my activities because I knew I could not paint.”

Insecurity is one of those things we aren’t born with. We learn it. We start believing that we are simply not good enough. Insecurity feeds into our sense of inadequacy and because of it, we often never even attempt to try what our hearts long for. “I can’t sing. I can’t dance. I can’t paint. I can’t believe in miracles. I can’t heal. I can’t surrender to love…” Most of us have said something along these lines at some point in our lives. Most of us accept those lines as our own – as if we have been given a script from which we say those lines and never doubt that perhaps, the script we are reading from is really someone else’s, not our own.

And most of us need a prompt, a wake-up call, an angel, God-in-some-skin, to help us open our eyes and realize we CAN change the course of the story that IS our own.

“Hazel King, she is a legend in town… she welcomed me with the open arms and an open heart…”

It was King, a talented local painting instructor, who prompted Olga to let go of her insecurities. King believed in Olga when Olga didn’t believe in herself. And that was enough to launch.

“I just started to go. I started to paint and step by step, I painted more and more and went to different classes and I started to do different shows. It was just like [when] you start skiing. Stand there! Hey, go! And too-doot, I even could not stop!”

Olga owns two galleries and an art studio where she now teaches her own painting classes. She gives credit to the community that not only allowed her to thrive, but supported her every step of the way.

“I consider that not just my only personal achievement, but the Nashville itself… It’s the biggest part of it.”

I smile as I contemplate the journey Olga has taken. When we chose to seek deeper joy and purpose for our lives, teachers and guides appear to support us with exactly what we need – a prompt, a “borrowed belief” or a permission to be free and courageous. And when we step into the life we are created for, we become community influencers, we uplift others and accept with gratitude that we are a part of a bigger picture.

And speaking of pictures, what is your creative outlet you’ve been ignoring because you “feel yourself inadequate?” What would happen if you gave yourself permission to try anyway? Or if you felt completely free to make mistakes, fail and start over?

Perhaps Olga’s story and her words can be your prompt:

Connect with Olga, Check out Art Classes and “O” Gallery