Waking Up from an Addiction (feat. Alexander "Stopp" Roberts) - Waking Up In America 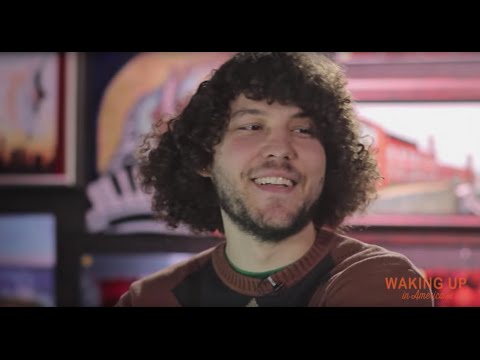 Waking Up from an Addiction (feat. Alexander “Stopp” Roberts)

Alexander “Stopp” Roberts is a young musician and songwriter who talks about his drug addiction and recovery.

If you are struggling with an addiction visit:
AmericanAddictioncCenters.org
Or Recovery.org

How Depression of a Ten Year Old Turned Into an Addiction

As a kid, Alex dreamed of becoming a pilot. He was fascinated by the idea of being “free enough to fly through the air,” as he says at the beginning of our interview.

Alex moved from Philadelphia to the suburbs and never managed to fit in. He was a target of a lot of bullying, became depressed and withdrew into himself. His only outlet was creativity – imagination and drawing. But he got chastised by his teachers for it and told he had the ‘worst case of ADHD’ a teacher had ever seen.

12:12 – How the addiction progressed until Alex hit the bottom.

18:18 – Email Question from a viewer from Cincinnati 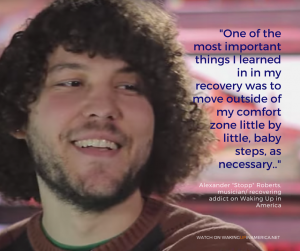 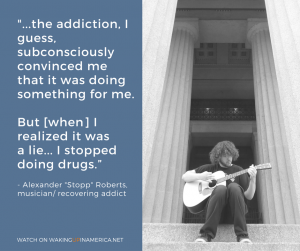 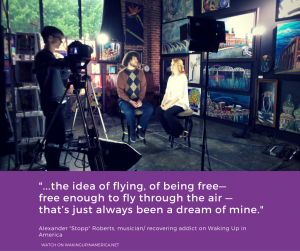